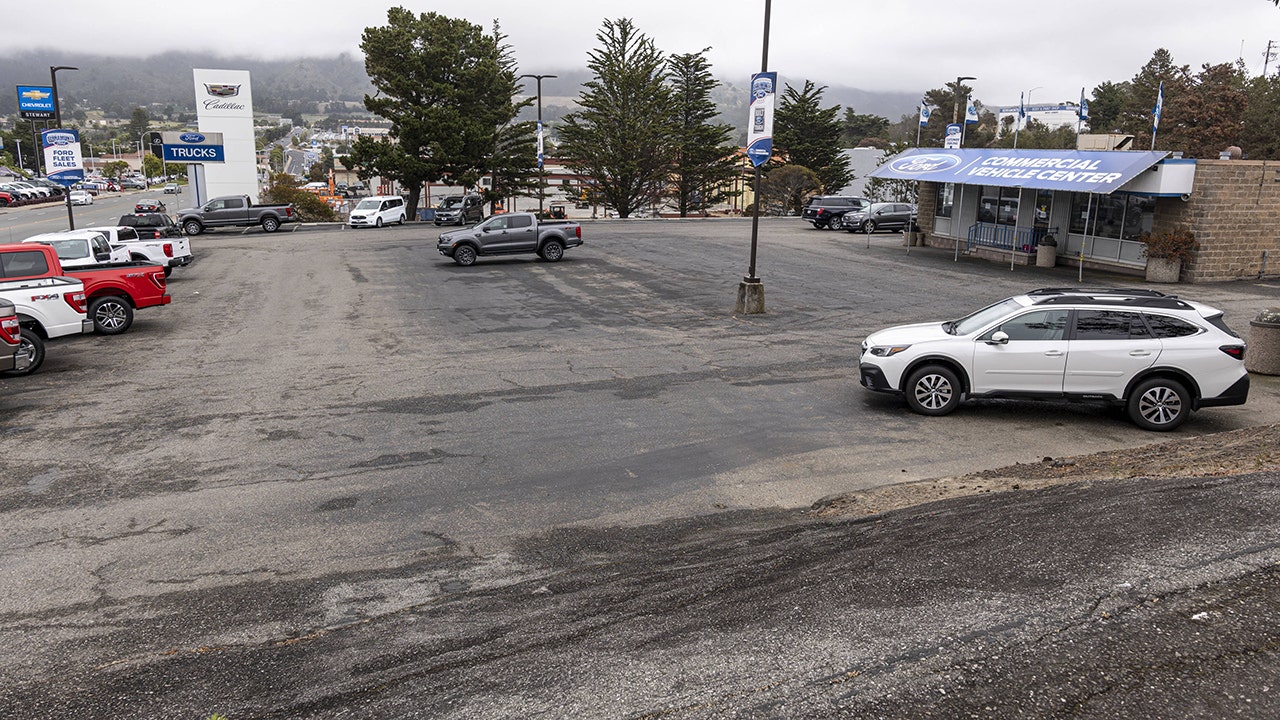 Check out what’s clicking on FoxBusiness.com.

Ford is considering the unusual step of sending new vehicles without all of their semiconductor chips installed to dealers, who will complete their assembly when the parts become available, Automotive News reports.

Many Ford dealerships, like this one in Colma, California, U.S., are dealing with historically low dwindling inventory due to the semiconductor shortage. (David Paul Morris/Bloomberg via Getty Images)

Ford and several other automakers have been manufacturing incomplete vehicles and storing them in lots while they await shipments of the key components, which are in short supply globally.

The plan was reportedly floated this week to dealers, who would have the option of agreeing to join the program and recieve special training for their technicians.

Automotive manufacturing expert Sandy Munro recently told FOX Business he expects that the chips that are being left out of the vehicles are in easily accessible modules.

A Ford spokesman did not confirm the proposal, but told FOX Business “we are exploring a number of different options as we work to get our customers and dealers their new vehicles as quickly as possible.”

Automakers have been dealing with the issue in a variety of ways, including General Motors eliminating up to three features from its full-size trucks for the rest of 2021 in order to continue the output of functional vehicles.

Ford’s low inventory contributed to a 26.9% year-over-year drop in June sales and a rare third place performance for its best-selling F-Series trucks in the second quarter of this year.

In April, Ford said that it could lose up to $2.5 billion worth of production and 50% of its second-half output to the shortage, which is expected to continue into next year.

GET FOX BUSINESS ON THE GO BY CLICKING HERE

Some dealers told Automotive News they welcome the idea so they can get more product on their lots, but others are concerned about the potential liability of being so involved in the manufacturing process.

Vendor linked to VW data breach named in memo to dealers
A memo to Volkswagen Group of America dealers obtained by Automotive News identified a vendor involved in a data breach impacting more than 3.3 ...

Ford, GM drop ‘chairman’ title in nod to changing times
Because words matter.Ford Motor Company notified federal regulators that the 118-year-old automaker has officially replaced the use of "chairman" with "chair."And they're not the ...