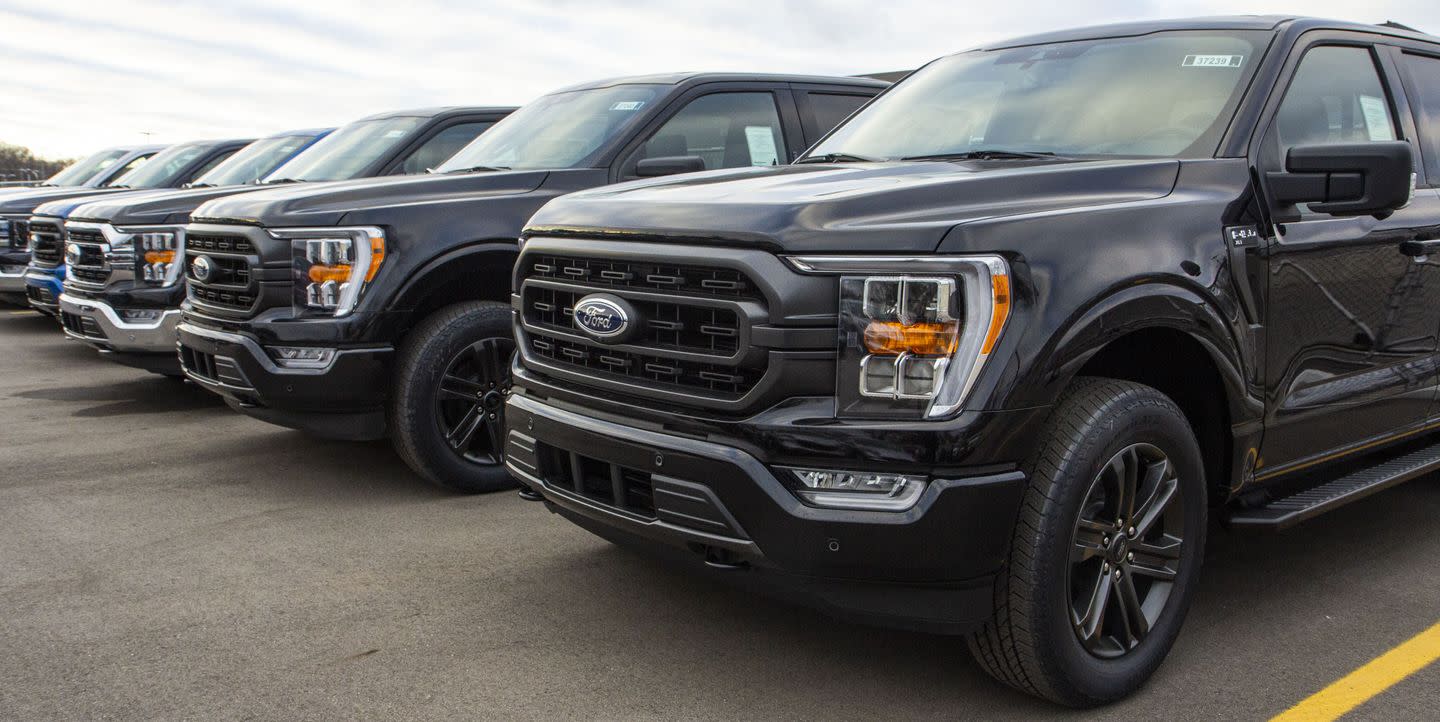 Ford Might Ask Dealers to Install Chips in Unfinished Cars

Ford is considering a new plan to alleviate the buildup of unfinished vehicles sitting in lots across the country as a result of the global semiconductor chip shortage. According to Automotive News, Ford is currently debating a proposal to ship vehicles that are still missing the chips to dealerships, shifting the onus for installing the chips—once supplies are replenished—onto the dealers. Ford has been manufacturing vehicles without the semiconductors and storing them in lots in several states, only sending them to dealerships once fresh stock arrived. However, the lots are filling up and Ford needs to make room so it can keep its factories running.

Unfinished vehicles would only be sent to dealerships that opt into the plan, and service technicians at these locations would receive training for installing the chips, AN reported. The plan would also involve compensating dealers for just under an hour’s worth of labor per vehicle. It is not known whether the dealers would be accountable for the vehicles while they are parked in their lots awaiting the parts, or whether they would still be Ford’s responsibility.

Automotive News said it spoke to four people with knowledge of the plan who wished to remain anonymous. The publication also talked to dealerships, with some expressing apprehension over taking on the responsibility, and possible liability, of the unfinished cars, while others approved of the idea since the vehicles will help fill their barren lots.

In a statement to Car and Driver, a Ford spokesperson called the reports premature and said, “We are exploring a number of different options as we work to get our customers and dealers their new vehicles as quickly as possible.”

Get Up Close to Some Special F1 Cars at a Special Exhibit at the Petersen Museum
Photo credit: TED7A new Formula 1 exhibit parks at the Petersen, with modern-era cars filling the Charles Nearburg Family Gallery.Among the vehicles on display ...

‘Perfect storm’ that led to extreme shortage of rental cars in Hawaii shows no signs of clearing
Tourists are flocking back to Hawaii in rising numbers this year as key segments of the visitor industry — airlines, hotels, restaurants, resort shops ...

Toyota Still Won’t Go All-in on Electric Cars
Depending on where you look, it might appear that the writing is on the wall for the internal combustion ...
Automotive News