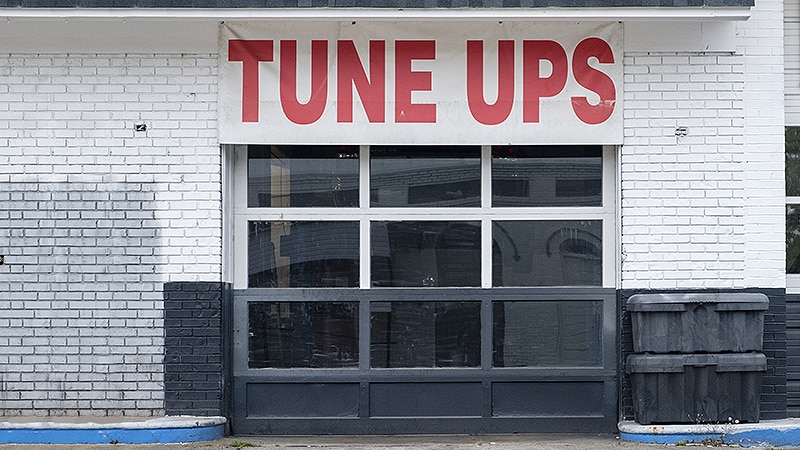 Automotive-themed workshops that refer to doctor visits as “tune-ups” and nutritious food as “high-performance fuel” are showing promise as a strategy to better explain diabetes self-management to Mexican American men, an investigator has reported.

The workshops, which started out in person and transitioned online because of the COVID-19 pandemic, have improved self-care behaviors among Mexican American men with diabetes, said Jeannie Belinda Concha, PhD, MPH, of the University of Texas, El Paso.

After participating in the workshops, known as The Diabetes Garage, men more often measured food portions and counted carbohydrates, and had improved confidence in their ability to self-manage their diabetes, Concha said in a virtual presentation on the study.

Although those improvements in self-care behaviors didn’t translate into significant improvements in blood pressure or hemoglobin A1c, she said, they could be predecessors to improved physical health outcomes with longer follow-up.

“We know it takes some time to move those numbers, but they are going in the right direction,” Concha said in her presentation, which took place during the annual scientific sessions of the American Diabetes Association.

Robert Gabbay, MD, PhD, chief scientific and medical officer of the ADA, said The Diabetes Garage is an “innovative” approach to tailoring diabetes self-care message for a specific of individuals.

“It’s such a wonderful example of something that we believe so strongly, which is that you’ve got to meet people where they’re at,” Gabbay said in an interview.

“We know that people learn in different ways, and people and with different backgrounds have different things that resonate with them,” he continued. “For better or worse, one size doesn’t fit all, and that in a sense is one of the challenges around diabetes, because we’re really trying to help everybody.”

The prevalence of diabetes in the United States is high among Hispanics, higher among Mexican Americans, and even higher still among Mexican-American men, according to Concha.

The age-adjusted prevalence of diabetes is 16.2% among Mexican-American men, as compared with 12.8% for Mexican American women, and 8.6% for White non-Hispanic men, according to 2018 data from the Centers for Disease Control and Prevention that Concha highlighted in her presentation.

Moreover, only 25% of participants in diabetes education are men, highlighting another disparity that needs to be addressed, she said.

The Diabetes Garage leverages a positive “car culture” that is prevalent in Mexican American communities in general, and cities like El Paso in particular, Concha said.

This culture brings Mexican American people together at numerous car shows, and is viewed as a form of family identification for enthusiasts, who will illustrate their own pride by customizing their cars with cultural symbols, according to Concha.

The diabetes education intervention consists of four workshops delivered as 2-hour weekly sessions that include a diabetes educator and an automotive instructor:

In the first session, men learn about “starting and operating” their body with diabetes, and checking their “gauges” when it comes to blood pressure, cholesterol, and other measures, according to Concha.

The second session stresses the importance of physical activity (“using all your gears”) and of managing stress (“full throttle”).

The third session highlights medication as a tool (“to keep your battery charged”) and the importance of diabetes complications (“catastrophic failure”) as well as visiting the doctor (“tune ups and inspections”).

Finally, men learn about nutrition (high-performance fuel) in a workshop on eating well with diabetes. “We ask them to invite their family and friends, and they do,” said Concha.

Since 2018, 16 workshops have been completed in El Paso, San Antonio, and Harlingen, Tex., of which 9 were in English, 5 were in Spanish, and 2 were bilingual. Due to the COVID-19 pandemic, 10 of the workshops were completed online, Concha said.

In total, 97 men engaged in the workshops, of whom 91% were Hispanic/Latino; 71% were employed, 71% were married, and 84% had health insurance. Eighty-six percent completed all four workshops, while 89% completed at least three workshops.

The proportion of men agreeing or strongly agreeing they were confident they could manage diabetes increased from 74% before the intervention to 93% afterward, according to Concha’s presentation.

By contrast, there were no statistically significant increases in physical outcomes including physical activity, weight, waist circumference, A1c, or blood pressure from before the workshop to after, though outcomes trended in an improved direction, according to Concha.

Postactivity satisfaction survey results showed that 86%of men said the automotive analogies in the program helped them understand the importance of diabetes management. “I am looking forward to better managing my human-mobile for a long, long time with a good quality of life,” one of the men wrote in survey feedback.

Concha and coauthors reported no conflicts of interest related to the study.

This article originally appeared on MDedge.com, part of the Medscape Professional Network.