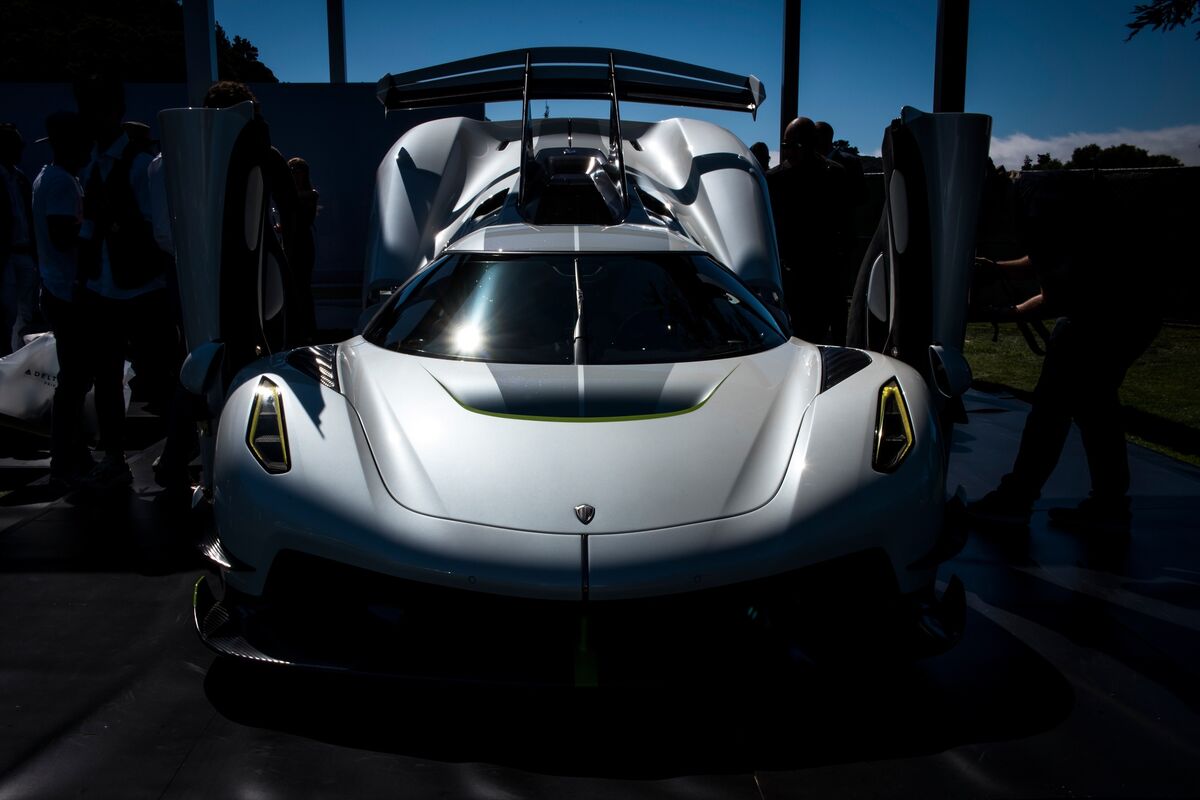 Koenigsegg, the Maker of $3 Million Supercars, Experiments With Volcano Fuel

Founded in 1994, Koenigsegg has slowly ramped up output of its vehicles to around 35 units a year. The company sells to the super rich in search of cutting-edge technology, exclusivity and hand-craftmanship using the lightest bespoke materials. In the midst of a global pandemic, Koenigsegg’s already-small volume was hampered, and the global shortage of semiconductors has not helped. However, Koenigsegg has big ambitions for a next phase: to double its factory footprint within two to three years and expand production capacity to thousands of cars a year.

To achieve that, von Koenigsegg has turned to former Tesla executive Evan Hortesky, who oversaw the construction of the electric-car maker’s factories in Reno, Nevada, and Shanghai. Von Koenigsegg has tasked Horetsky with dramatically changing the company’s footprint and bringing its technology to a much greater volume of models and drivetrains. As chief industrialization officer, he’s seeking a site for a new factory to bring Koenigsegg’s history of vertical integration and investment in technology to a much broader audience.

Here are excerpts from a discussion with von Koenigsegg and Horetsky, edited for length and clarity:

Christian von Koenigsegg: I started Koenigsegg in 1994 when I was 22 years old. I had a dream since I was a young boy to build my own car, preferably a sports car, and I started my first company when I was 19; that is the holding company within our group today.

Evan Horetsky: I started my career with the U.S. Navy doing research integration. From there I had a bit of a gap where I was part of a four-person startup building autonomous boats. Then I got the call from Tesla with the crazy idea to focus on the machine that builds the machine, or in other words, think of a factory as a product. That took me to Reno, Nevada, where I helped design and build the gigafactory. I then went to Shanghai for about nine months. I most recently led the effort for Gigafactory Berlin. Now I’m here with Koenigsegg with the ambition alongside Christian to scale up, diversify the product portfolio and get deeper into different forms of future mobility and see what we can create.

Q: Koenigsegg says it’s propulsion agnostic. What do you mean by that?

CVK: If we take a pure electric sports car, they tend to be quite heavy because you need a quite large battery to have enough range and performance. That goes against the sporty nature of the car.

We electrify in a different way with more extreme cell technology for power output. And then we have extreme combustion-engine technology running on renewable fuels, but very good aftertreatment systems, and our free-valve technology where we can really make sure we combust extremely efficiently with very small engines to make the car lighter, more exciting, have better performance, but still being environmentally benign.

What we mean by agnostic is that we mix and match whatever makes the most sense at each given time and for each model. We’re not stuck in traditional combustion technology. The technology we develop there is really next-generation beyond anything else I’ve seen out in the marketplace, and also next-generation electrification, and combining these technologies in an interesting way to make our product stand out and be as competitive as we can with as little environmental footprint as possible.

You don’t have to pollute the planet just because you want to have a fast, interesting sports car.

What is the challenge in changing Koeniggseg and how it builds cars?

EH: Koenigsegg has hasn’t acted as much like the typical automotive manufacturers in that they also applied a lot of vertical integration to what they’re doing. In-house composites, software and hardware. This was similar at Tesla, too.

With Koenigsegg, we’re going to expand the in-house capabilities to more electrification platforms, to motors, batteries, inverters and maybe other electronics. We will also look at different ways we can impact the world with mobility solutions and a lot of those are going to have to be higher volume than the hypercar does right now.

So there is this technology from Iceland, it was invented there, where they cap the CO2 emittance from semi-active volcanoes and convert that into methanol. And if you take that methanol and you power the plants that do the conversion of other fuels and then power the ship that transports the those fuels to Europe or the U.S. or Asia, wherever it goes, you put the fuel completely CO2-neutral into the vehicle.

And of course with the correct aftertreatment systems, depending on the environment you’re in, you can kind of clean up the particles in the atmosphere while you’re using the engine. So you can be very much environmentally conscious doing that. It’s just a fun aspect of renewable fuels that are not talked so much about, but there are many, many other technologies that are coming up.

What do you hope to achieve from this point?

EH: Within two or three years, roughly, we should have more than doubled our factory footprint. We should have designed capacity for the thousands of cars per year versus tens or hundreds, and we should have an ability to be highly flexible on our technological innovations within a production line. There’s a bit of a diamond-in-the-rough here, with extreme technical maturity and technical talent throughout Koenigsegg, that I think could do more in the world.

The Tesla Model S Plaid can do zero-to-60 in less than two seconds and it costs $130,000. Why should someone buy a $3 million supercar that uses these different technologies and fuel sources?

CVK: That type of performance is becoming kind of a non-competitive aspect for our extreme megacars. It’s an obvious thing to have, especially with all the electric cars coming out like Tesla.

What you’re getting when you’re buying an extreme hypercar or megacar from us or one of our competitors is something completely hand-built. It’s a bespoke piece of art with performance that can beat those cheaper electrical cars in a straight line. But then you have to also realize they’re 500 or 600 kilograms lighter. So when you turn and when you break and when you drive around a race track, you still get a huge performance difference. It’s more than performance. It’s the hand-built aspect, the bespoking, the unique surfacing, the unique materials to make it light.

For sure, there is a right to exist for these unique cars. They’re works of art, really.

Before it’s here, it’s on the Bloomberg Terminal.

GM and Liebherr to develop fuel cell power source for aircraft
General Motors (GM) and Liebherr-Aerospace have agreed to collaborate on a hydrogen fuel cell electric power source for aircraft. called Hydrotec.GM's know-how in hydrogen ...
Chevy Bolt Recalls Cost GM $800 Million Alone
Photo: Raphael OrloveGM’s first big EV project since the EV1 has had a rough run so far. All that and more in The Morning ...