Dreams of flying cars have existed since the days of Jules Verne, but the possibility of localized air travel is now quickly becoming a reality.
On Tuesday, the Orlando city council voted to express interest in joining NASA’s Advanced Air Mobility Research and Demonstration Program.

NASA researchers are hard at work in a Silicon Valley research center to understand and implement advanced air mobility (AAM). If selected to join the program, NASA will hold multiple local workshops to understand how best to integrate AAM into local transportation systems. The project seeks to usher in a new era of both autonomous drones and air taxis.

Already one of the leading regions for aviation and aerospace research, Orlando is now trying to position itself as a leader in the burgeoning air taxi industry. The push to join the AAM program is just the latest in a list of moves by the city to ensure it remains relevant in this next chapter of air travel.

In November, Orlando’s Lake Nona was selected as the first of ten vertiports as part of a network German-based air taxi company Lilium is planning. Travelers will be able to board electric vertical take-off and landing (eVTOL) aircraft, promising travel distances of up to 186 miles within one hour. That would mean nearly all Florida is accessible within a one-hour flight. Once all ten vertiports are opened, almost all Floridians will live within a 30-minute drive of a vertiport. In 2019, Lilium stated they plan to offer tickets for as low as $70 per flight, competing against other mass transit options such as Brightline.

The move by Lilium comes as interest in eVTOL heats up. In recent years car manufacturers, airlines, and ride-sharing companies have invested billions of dollars into the field. A 2018 report by Morgan Stanley found that the VTOL market could reach $2.9 trillion within the next two decades.

Car manufacturers recognize eVTOL as a potential future growth area. Fiat Chrysler, Toyota, and Hyundai have invested heavily in the technology, with Toyota releasing footage last year of a successful flight of one of its flying car concepts. By some counts, there are more than 100 flying car projects now underway globally. 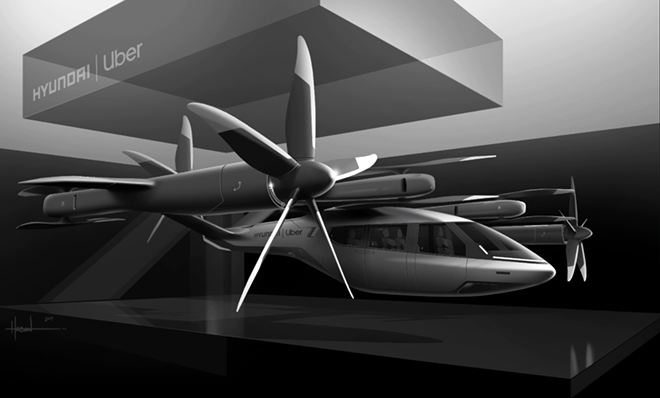 Private and semi-private air travel is becoming more commonplace. While just a generation or two ago, it was rare to know anyone who had flown on a plane, soon it may be just as rare not to have flown privately. Florida-based SharedCharter offers travelers a single digital hub to search for flight listings. The concept is similar to pooled rides on rideshare apps. Travelers can search for flights and join or request a trip, then the more people who sign on the flight, the cheaper it gets allowing for chartered flights at a fraction of what a fully private charter would cost.

United is getting into the eVTOL game. Last month the airline announced it was investing more than $1 billion in eVTOL startup Archer for 200 aircraft. The deal also allows United to purchase up to 100 more of the aircraft for $500 million.
One use for United’s Archer aircraft is to provide service accessing United airport hubs. United’s CEO Scott Kirby didn’t hold back when announcing the partnership.

“Part of how United will combat global warming is by embracing emerging technologies that decarbonize air travel. By working with Archer, United is showing the aviation industry that now is the time to embrace cleaner, more efficient modes of transportation,” he said.

Archer is currently looking to launch consumer flights in 2024.

Florida’s role in this next chapter of air travel is appropriate considering the first scheduled airline was launched in the Tampa area. The short-lived St. Petersburg-Tampa Airboat Line only lasted three months, and the aircraft used allowed for only a single passenger at a time, but it helped pave the way for an industry that saw 4.5 billion passengers in 2019.

Just as Tampa Bay’s Airboat Line turned what was previously an 11-hour commute by train between the two cities into a 23-minute journey, air taxis may soon provide a welcome alternative to today’s traffic.

The Orlando Municipal Planning Board is scheduled to review the Lake Nona vertiport proposal at its April 20 board hearing. If approved, the facility could open by 2025.