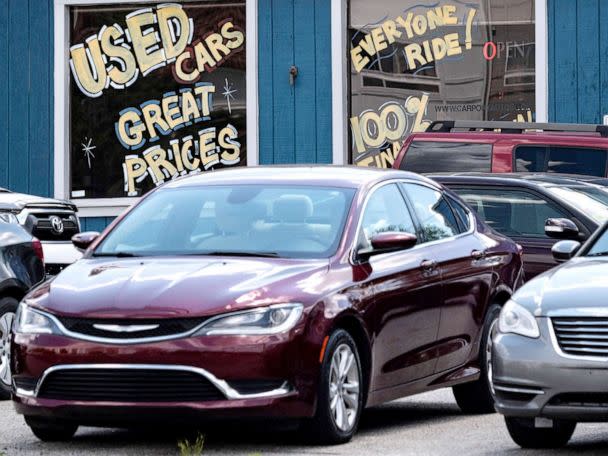 What automakers and consumers can learn from the global chip shortage

When will it be over?

The global chip shortage that has idled automotive plants, delayed shipments of new vehicles and pushed transaction prices to record levels may soon relent as early as this fall. But the dramatic impact of the last 12 months could very well continue into 2022 and beyond.

“Western and U.S. automakers have been hit the hardest. The Japanese have done generally better,” Dan Hearsch, an analyst at AlixPartners, told ABC News. “Automakers are definitely not happy. They’re missing out on sales, on volume. This is not a case where it’s good for any of them.”

Shrinking inventories have led to higher transaction prices for consumers flush with cash and looking to upgrade their rides. Even prices of used cars have skyrocketed nearly 17% in the last 12 months, according to data from iSeeCars.com. Pickup trucks and sports cars are seeing the largest increases.

“More than two-thirds of people are paying over sticker for their cars,” Tyson Jominy, vice president of data and analytics at J.D. Power, told ABC News. “There’s not a lot of negotiating going on.”

The lack of deals and slim selection of new vehicles are challenges for automakers and consumers alike as the lucrative summer selling season fast approaches.

“If consumers can wait, there should be brighter days ahead. If you have to be in the market, shop and trade around,” Jominy advised.

Those gas-guzzling SUVs and trucks are funding automakers’ electric future

Hearsch predicts an end to the shortage by September or October. “I feel like it’s peaking,” he said, adding that the supply crunch, brought on by the pandemic, could not have been averted. Semiconductors, which are produced in Taiwan, China and Korea, were only part of the problem; rubber, petrol chemicals, plastic resin and seat foam have also been difficult to source.

Jominy expects a markedly tight industry for the next year with the shortage’s affects lingering into next summer.

“A lot of industries are competing for this scarce resource,” he said. “No automaker has a locked supply of [chips].”

The Biden administration unveiled a sweeping plan last week to reduce the bottlenecks exacerbating the shortage and bolster domestic chip manufacturing. There are signs that the worst damage may be in the rearview mirror; General Motors notified investors this month that it now expects higher profits in the first half of the year, upping its guidance from May 5. The Detroit automaker has also moved thousands of parked trucks to dealerships, lifted production and was generally optimistic that it would be able to recover financially from the volatility.

There are 500 to 1,500 chips inside a vehicle, depending on its complexity and sophistication, according to Hearsch. The chips power the infotainment, cameras, braking control systems, WiFi and autonomous-like technology. Even the lighting, odometer and temperature are dependent on chips.

MORE: More consumers are shopping online for cars. Can dealerships keep up?

Kim said automakers will rightly try to ward off another computer chip disaster as they still reel from depleted inventories and a supply pinch.

“Once this is all over, automakers will try to come up with ways to make sure this does not happen on the supply side again,” he said. “Maybe they’ll take chip production in house. GM and Ford are investing in their own battery technology — we could maybe see something similar with chips. Cars are so dependent on this very critical little thing.”

The supply constraints could force automakers to produce 1.5 million to 5 million fewer vehicles this year than originally planned, according to AlixPartners. The cost to the global automotive industry? $110 billion in lost revenue this year alone.

Automakers, however, did learn some important lessons from the shortage. Finding local partners to manufacture chips could stave off another calamity. Automakers could also better manage their existing relationships with suppliers, Hearsch pointed out.

Jominy said automakers may exert more control over suppliers in the future and team up with competitors to reduce the risk. They’ve also realized that less inventory has its upside.

“Automakers don’t need a 90-day supply of cars. They’re running on lower supply but making more money than ever,” he said.

Added Hearsch: “The shortage has taught the industry you can survive with less.”

What automakers and consumers can learn from the global chip shortage originally appeared on abcnews.go.com