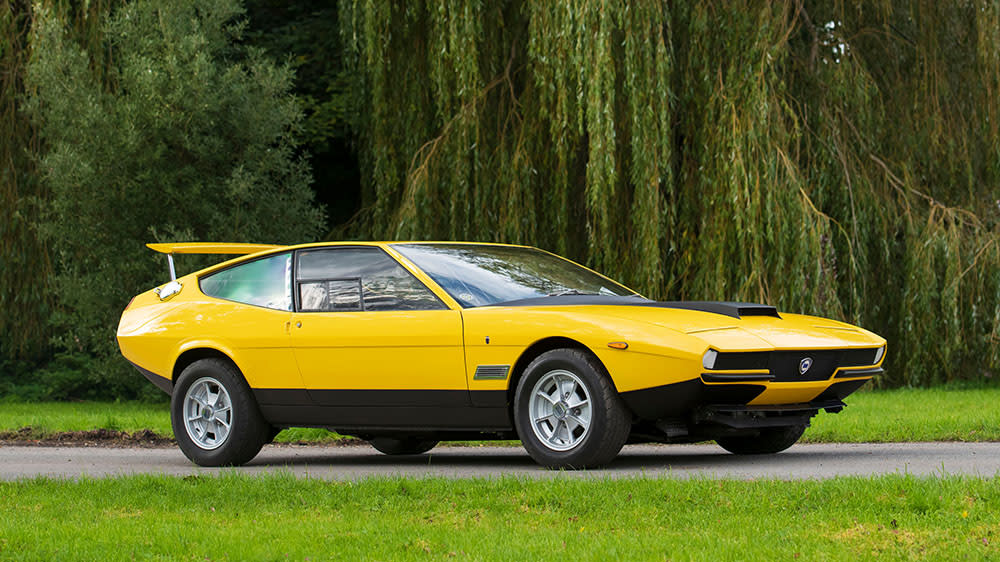 With This One-Off Lancia Prototype, You Can Own a Piece of Automotive History for $182,000

Automotive history is littered with broken dreams. For example, back in the late 1960s Alejandro de Tomaso dreamed up a plan that would see him takeover the Lancia marque and turn it into a genuine Ferrari rival. Needless to say, that scheme never came to fruition, but that doesn’t make the Fulvia HF Competizione prototype produced during that time any less impressive.

Designed by Tom Tjaarda as an attempt to coax Ford into buying the Italian automaker and installing de Tomaso as its CEO, the one-of-a-kind sports car is a true museum piece. And now it could be yours after RM Sotheby’s listed the yellow prototype for sale.

In an attempt to win over Ford execs, including the legendary Lee Iacocca, de Tomaso and Tjaarda whipped up stylish grand tourer designed to be as comfortable on the race track as it was on country roads. The resulting car features a sleek wedge-like profile and a number of sporty flourishes, like a hood scoop and a large, retractable rear wing that give it real attitude. It doesn’t look all that different from the vehicles being built by the Italian supercar makers during the era, but it looked unlike anything else the Lancia badge had ever been slapped on before.

But there’s more to the Fulvia HF Competizione than its looks. De Tomaso and Tjaarda wanted the car to impress on the track. To facilitate this, the prototype’s modified chassis was fitted with a 1,600 cc V4 engine that supplied some real oomph. Other race car-like modifications include two independent oscillating wishbones, an aluminum gas tank to keep weight down, a quick-release fuel tank, roll cage and plexiglass windows. In fact, there appears to have been so much confidence in its racing ability that it was reportedly further modified and tested for Le Mans before the plan was eventually abandoned.

Having not sold at RM Sotheby’s most recent London auction, the Fulvia HF Competizione can be purchased now for about $182,000. One thing to note, though: You’ll have to travel to Chobham, UK, to pick up your new ride.

12 Essential Pliers for Automotive Work
Lisle Ratchets and wrenches might be the most stereotypical automotive tools, but we'd like to make a case for pliers to take over that spot. ...

From Bugatti’s 1,500 HP Chiron Pur Sport to the Rolls-Royce Ghost: The Best in Automotive
The Big Idea: A Call for CoachbuildersAncient king Solomon wrote, “What has been done will be done again; there is nothing new under the ...
Automotive Modification